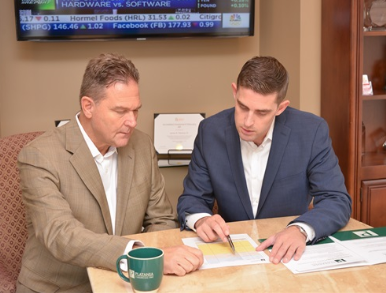 Jim and Jim Sr. are certified financial planner professionals with nearly four decades of combined industry experience, helping you with your retirement outlook. 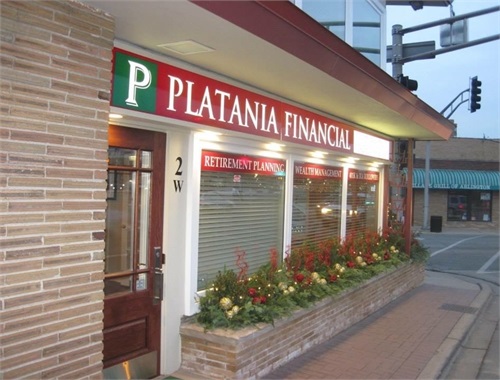 Face-to-face meetings with our local team. More than calling an 800 number, we personally answer your call and put effort into understanding your unique situation. 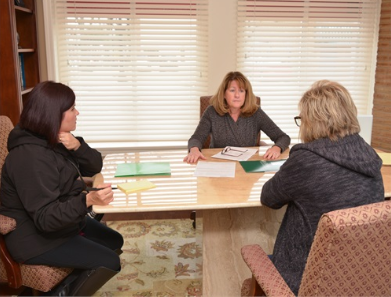 We take great pride in the service we provide. Meeting expectations isn't enough for us; above and beyond is our benchmark. 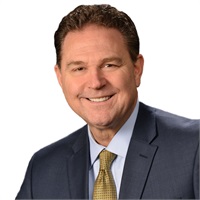 Growing up in Elmwood Park, Jim learned a lot about stocks from his Nonno. When he wasn’t playing sports, Jim would often walk to the public library and research publicly traded companies. With money he made caddying at Oak Park Country Club, he purchased his first stock at the age of twelve during the bear market of 1972.

That experience sparked his fascination with the stock market and after graduating from college in 1982, he found a way to align his investing hobby with his love of helping others by entering the financial services industry.

For more than three decades, Jim Sr. has found great pleasure in helping clients through their retirement years. He understands that clients want a long-term relationship with a financial advisor that cares; one that often extends to family members long after they pass. Jim has always believed that clients don’t care how much you know until they know how much you care.

Jim received his certified financial planner™ designation in 1986 and founded Platania Financial in 1991. He went on to serve as President and Chairman of the Board of the Chicago Society of the Institute of Certified Financial Planners (ICFP), the largest society of CFPs in the country.

Jim is extremely blessed to work with his wife Bridget and son Jim Jr. as they strive to provide a meaningful experience to clients of the firm. Although Jim and Bridget occasionally try to recruit their daughter Brianna into the family business, she opts to continue the calling she truly loves, working as a nurse in the city of Chicago.

Jim and Bridget were married in 1983 and live in downtown Arlington Heights, a few blocks from their office. Outside of work, Jim’s joys in life include spending time with his family and friends and eating Italian food.

The family business has been a part of Jim's life for as long as he can remember. Growing up in Arlington Heights, Jim spent many hours hanging around the office. He interned at Platania Financial in high school and college, learning about stocks, bonds, and the power of compound interest. Jim majored in Accounting during his time at the University of Illinois and always considered the idea of joining Jim Sr. and Bridget at Platania Financial down the road.

After earning his CPA and working three years at KPMG, Jim received a phone call from his dad, who told him that Platania Financial would be bringing on another Wealth Management Advisor. He asked Jim if he would fill that role, and the rest is history.

Jim earned his certified financial planner™ designation in 2016, nearly 30 years to the day that Jim Sr. received his. In addition to advising clients, Jim oversees the technology and communication efforts at Platania Financial. He’s been featured in and written for the finance section of the Daily Herald’s Business Ledger and oversees the Platania Financial Blog.

Jim graduated from St. Viator High School where he has served on the Board of Trustees and as the Chairperson of the SVHS Alumni Association Board. Jim has also spent time as a mentor with Big Brothers Big Sisters in Chicago. Jim and his wife Alex currently live in the River North neighborhood. 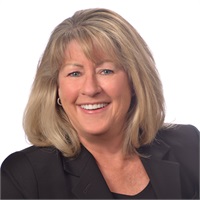 Bridget’s accounting background, strong attention to detail, and proactive approach set the tone for how the rest of the team approaches client interactions.

Bridget received her BS in Accounting from DePaul University and worked as an accountant in both private and public sectors before continuing her career working with Jim in 1993.  She currently holds the Series 7, 63 and 65 securities registrations with LPL, and the Enrolled Agent (EA) designation with the IRS. 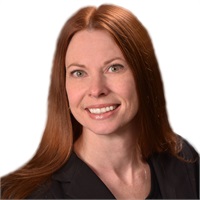 Caroline, the only non-Platania at the firm, is the friendly voice that most often greets and welcomes you when you call or visit our office.

She is the primary point of contact for scheduling meetings, assisting with client communications and events, and handles most service-related requests.  She is the central hub if you call the office, and if she can’t help you with what you need, she can certainly connect you to the person that can.

Caroline grew up in Houston and earned her Bachelor of Science in Psychology and Sociology from the University of Houston, and later her Certificate in Paralegal Studies from Harper College. She worked for the firm from 2013-2016 and then rejoined the team in 2018 after realizing they must be so lonely without her (okay, she missed them, too). She lives out in the northwest suburbs with her daughter and menagerie of pets. Caroline is also an avid reader and cross-stitcher. 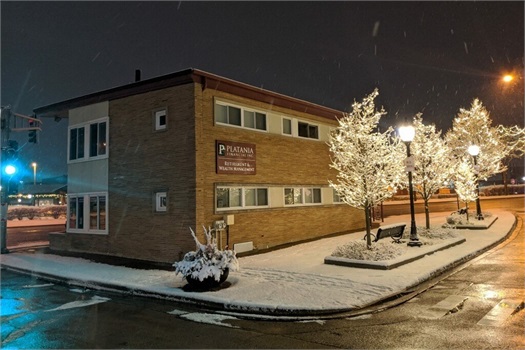 Our building in downtown Arlington Heights has a unique history.